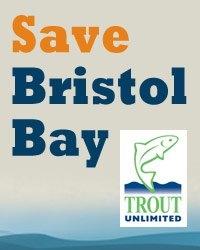 A History of the Barr Creek Projects

Excerpted from the Northshore Newsletter

There is an ongoing project to rehabilitate Barr Creek to provide better habitat for nurturing wild Steelhead and Salmon smolts. To this end the Club has mapped the Creek and consulted with various Fisheries biologists and Water authorities to set up an approved rehabilitation plan. During the process of mapping the stream path wild Coho and Steelhead smolts were seen, raising our hopes that the stream could support good numbers of wild fish with the addition of structure and shade to the stream bed. The club has added some additional structure back in to the channel to allow smolts and adult fish to more easily migrate through the lower part of the creek. Several tree planting projects on Barr Creek and Krissy Creek, a tributary, have added some additional shade and cover. We expect this area to remain a focus of our restoration efforts.

Addition of Large Wood Debris:  Barr Creek Update: Its planted and doing very well! The floods of November 2006 gave us a real test up at Barr creek. I’m happy to report that the woody debris that we installed this summer held very well. The manta anchors, cable and wood took a big hit from record flows and held true. Some of the pieces shifted (as would be expected) but they mostly stayed put and carved out nice little holes along the logs. On November 17th we took on the job of planting the Barr creek restoration site with over 2700 trees, shrubs and stakes. Our partner on the project (The Stilly Snohomish Task Force) was a great help and helped to really pull off a big project in great time. The Task force rounded up over 100 people to help our members get the plants into the soil in about 4 hours. Cara and Jeff organized the planting, and a lot of the work. The task force purchased the plants for us, had them transported to the site, arranged them in locations and spaced accordingly. They brought out over 150 shovels, many other tools, coffee, hot chocolate, fruit, and a lot of enthusiasm. Our chapter provided the muffins, bagels and cream cheese and Chris’s special smoked summer steelhead. The day was perfect, sunny and cool. .There was also lots of Chum Salmon in the creek when the work began. We had a lot of kids come and help, they were amazed at the big brute Chums that were thrashing around the logs that we had placed. The digging was tough as the flood had scoured the area of a lot of the topsoil, but everyone made the best of it. Everyone seemed to have some fun and got well fed too. I had to go back following he windstorm in December and replant a number of large trees that had blown over before they could root. The area looks great though and is doing well. We are going to have a few work parties this spring to maintain the area of invasive plants; this is an important aspect of stream restoration that often goes ignored. It takes a lot of commitment to do these projects so I hope we can get your help at our next work party. In fall of 2004 the Chapter installed 7 large pieces of wood to Barr Creek near the confluence with Kissey Creek.  The added structures were designed to create cover and bank stability to the creek.  The wood was trenched into the banks and held in place with deep seated Manta Anchors systems.  The area was replanted with willow and cottonwood trees.  We continued plantings in the area in spring of 2005 and 2006.  The chapter is now looking to expand our work at Barr and Kissey  creeks.  We are going to be removing invasive blackberries and Canary reed grass that is along the ponds and wetlands.  The Canary reed grass has made it difficult to reestablish trees along the ponds and by removing it we can gain ground on getting the trees to grow.  The area is rich with fish, this is great opportunity to enhance a highly valuable resource.  We are grateful to Mr. Dick Barr for allowing us to work on his land.  This work will greatly benefit fish and wildlife in the area.  The project will encompass approximately 15 acres, a large size of land indeed.  Because of the large scope of this next project we are going to be partnering the project with the Stilly-Sno Conservation Group http://www.stillysnofish.org/.  Dave Steiner, project manager with the Stilly-Sno group is excited to help us plan and implement the project, together we will make the project a reality.  We are going to need lots of volunteer help with the project, so step up and help us!